So many great events planned this month and this is definitely up there!

This weekend I had the great opportunity to volunteer at Farnborough International Airshow along with UKSEDS. I’m not sure what I was looking forward to the most.

In the Future’s day we were helping out the Ads Group and organisers of the Airshow in stewarding talks in the media centre, showing children and teachers into various talks given by various aerospace companies. It was fantastic to see so many enthused kids about science. Later in the Space Zone, astronauts Major Tim Peake and Paolo Nespoli (Italian astronaut, see Yuri’s Night post) were due to be giving talks. I couldn’t believe we caught them just before lunch! We managed to have our photo shot with them. Both astronauts were launching the latest Mission X, a 6-week international fitness challenge, focusing on fitness and nutrition to help students to “train like an astronaut.”

Major Peake recently returned from an underwater training mission simulating conditions on an asteroid as NASA plans to send an advanced manned capsule to an asteroid sometime in the 2020s.

Most of the afternoon we were helping out in the Innovation Zone. UKSEDS had their own stall and we were promoting our activities to the general public. It was great to meet a mix of people who were interested in space…especially when the rain came pouring down and most people rushed inside the Innovation Zone; a great view to the run way.

Despite the heavy rain it was great to see the Airbus A380, a double-deck, wide-body, four-engine jet airline. 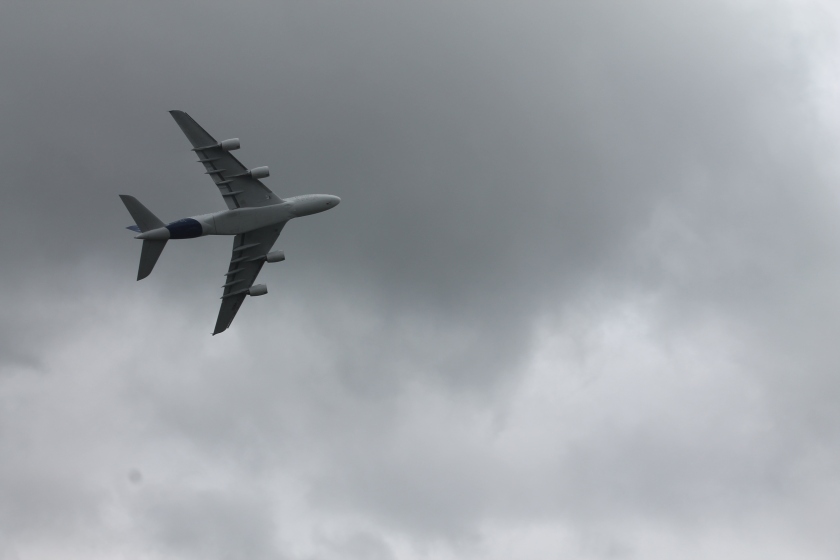 During the public day, I helped out mostly on the UKSEDS stall in the Innovation Zone. I was particularly happy to see the Red Arrows.